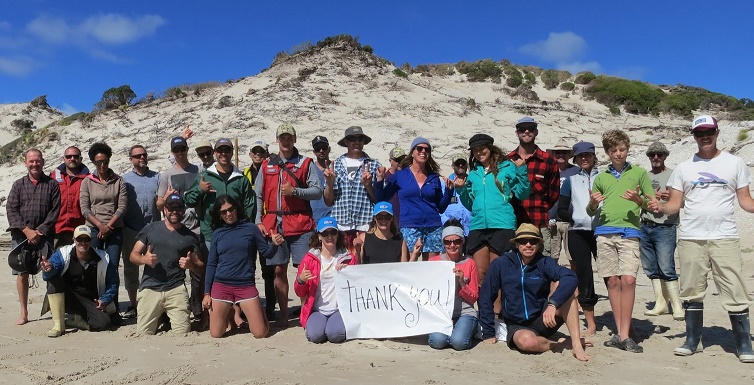 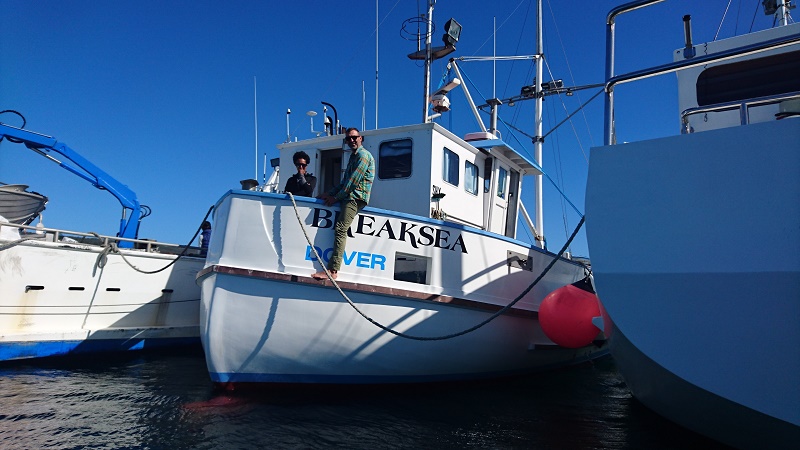 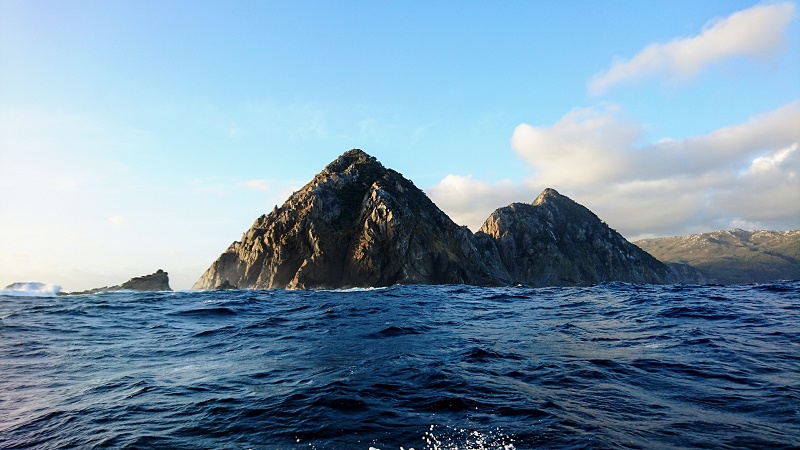 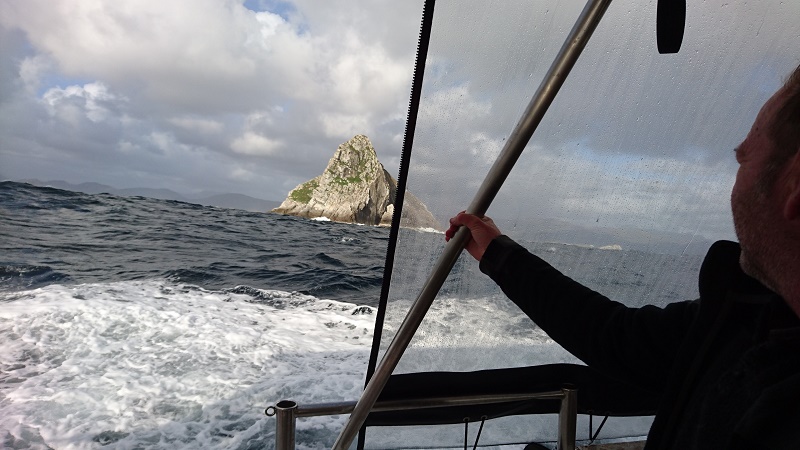 Today was meant to be our final day of beach cleaning but Mother Nature forced us to change plans...

When we rolled out of our bunks and went up on deck we saw Captain Dave scrubbing black ink stains off the sides of his boat “Velocity”. It seems the boat had been surrounded by squid in the middle of the night and the crew had gone fishing!

After a tasty calamari breakfast we sailed along the coast to Cox Bight, where we planned to clean the beach, but sadly to waves and the tide were just too big and dangerous and so we could not even get onto the shore. Safety first!

We investigated some other beaches and bays hoping the waves would be smaller but sadly we could not find any safe places to get ashore.

So we said goodbye to the wilderness and steered the boats back to sea and started the long voyage back to port.

That night we anchored at Recherche Bay, (where the most southern public road in all of Australia ends) and prepared a big dinner together to celebrate our safe return from the Southwest Wilderness having picked up over 55 thousand pieces of litter!

Rachel, Jess and I still felt like cleaning up, so we went onto land and walked the shore, picking up lots of litter, when we had to walk along the road we found lots more litter (mainly drink cans), This litter seemed to have been thrown out of passing cars which is a pretty selfish thing to do in a National Park.

That night I talked to Theo and his dad about a special local nature place near where they lived that had problems that needed to be investigated and fixed.

They described a local creek that was down the end of a quiet dead-end road. It seems that there were problems to do with weeds (invading plants that shouldn’t be there) and litter.

Theo thought that a lot of the litter had been dumped there by people in cars who did not want to take responsibility for their waste.
Theo’s dad though some of the weeds had also been dumped by people.
They both agreed that some of the weed seeds and litter must have floated down the creek in the water.
They started making a plan to investigate their local place more carefully and find out exactly what the source of the litter was.
Do you know of a natural local place with a litter problem that needs to be investigated and fixed? I think everyone knows a few places like this - It doesn’t have to be a wild place like the Southwest wilderness of Tasmania!
Then everyone on the boats joined in and started planning investigations of their local nature places with their friends and families.
IF YOU ARE READING THIS THEN WE HAVE A CHALLENGE FOR YOU, HOW WILL YOU INVESTIGATE A NATURAL LOCAL PLACE AND GET INFORMATION ABOUT PROBLEMS SUCH AS LITTER THAT NEED TO BE FIXED?

In the morning everyone said goodbye to their friends as the boats were going to split up and head back to their home ports.

Our boat “Rumours” headed back to Hobart on a special mission to take all the giant bags of sorted rubbish we have picked up and counted over the last week and deliver it to the Hobart Docks from where it will go on to the tip and recycling centre.

Thanks for joining us on this adventure and hopefully you enjoyed it. Special thanks to Matt Dell and The Cleanup boat captains and volunteers for making this possible.