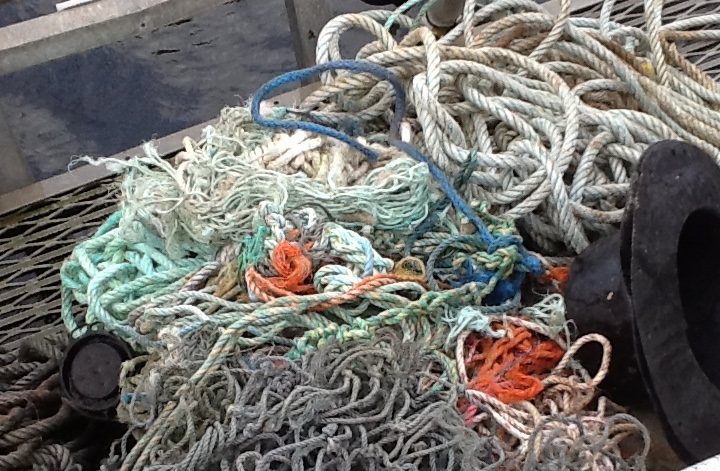 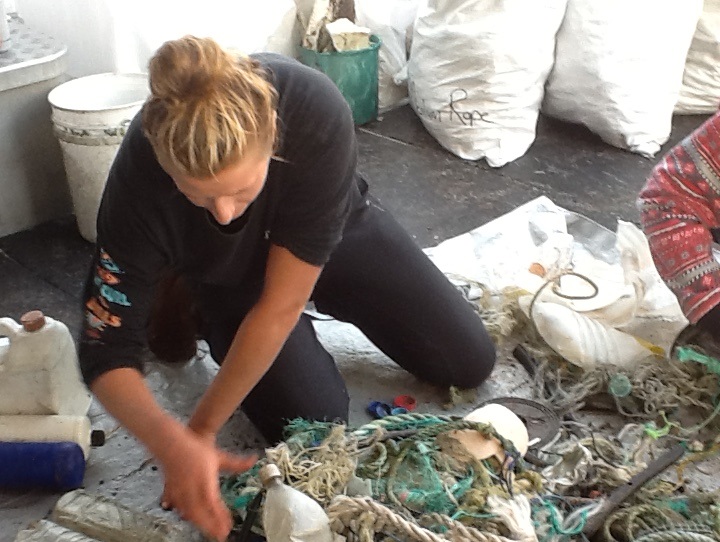 Despite having a slow start to the day, we got plenty done. We began the day collecting fresh water for our tanks in the morning and sending out some communications from Melaleuca. We then split into two groups: team surf and team micro.

Team surf paddled into shore at Norman Cove - a beach that hasn't been cleaned for 8 years! As you can imagine, it was full of rubbish. The team spent 6 hours clearing lots of large pieces of debris, including shoes, rope and craypot bait baskets.

Team micro landed on Spain Bay and combed the shoreline for tiny pieces of plastic - totalling 15,000! Of course, the nurdels made another cameo. We also found tags from crayfish and our third chess piece. Perhaps by the end of the week we'll have a whole set! At the end of the day, we were all very hungry for Masaaki's tasty tuna sashimi.